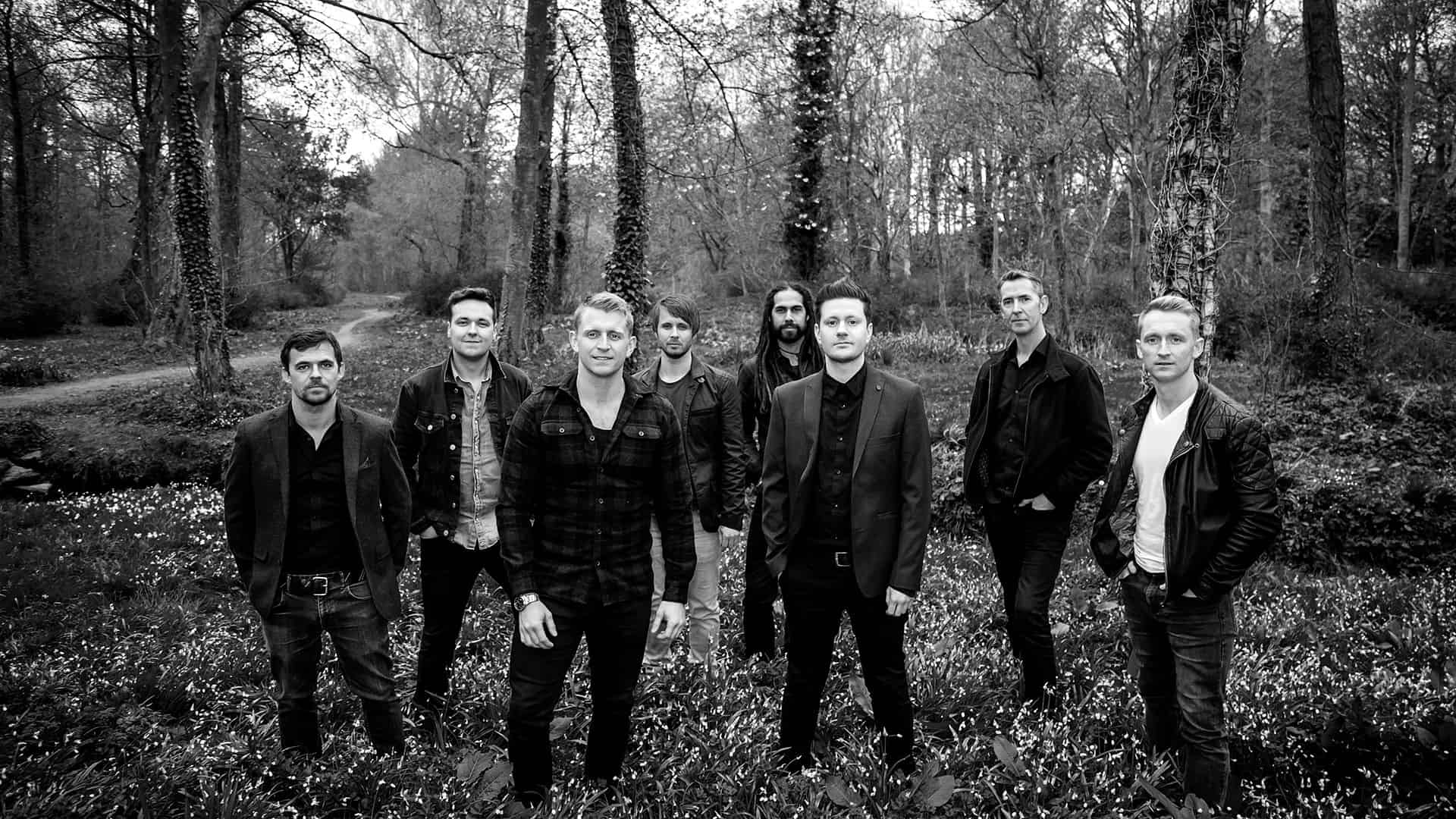 Scottish trad rockers Skerryvore will ensure that the Scottish Traditional Boat Festival hits the high notes when it returns this summer.
The Celtic rockers will honour a pledge made back in 2019 to perform as headliners at the festival’s opening concert.
They will finally play the live stage at Portsoy’s Big Gig on Back Green on Friday, 17 June, after Covid restrictions put paid to them bringing their distinctive brand of rock to Portsoy for two years running.
In between times, Skerryvore whetted fans’ appetites with a set recorded exclusively for the Ahoy Portsoy virtual boat festival last year which attracted thousands of viewers from around the world.
Now, the chance to see the award-winning rockers perform in person at Portsoy is being met with eager anticipation, according to David Urquhart, chair of the Scottish Traditional Boat Festival committee.
He comments: “It’s taken time, but Skerryvore will certainly be worth the wait, as this will be a top-rate concert that will set the tone for the return of our in-person festival.
“Following on from the interest shown in our 2021 virtual festival, we’re eager to get people back to Portsoy to enjoy the real thing – savouring a distinctly nautical atmosphere with heritage boats, maritime crafts, sailing and rowing events. All this alongside a medley of music, dance, crafts, food and drink marquee, stalls, road races, children’s entertainment and much more.
“After a couple of challenging years, there will be no better feeling than seeing our festival back in its picturesque setting where we’ll celebrate all that is great about our region, our people and our seafaring traditions. We look forward to reconnecting with old friends and making new acquaintances too.”
As the tide turns on Covid, Scotland’s leading maritime festival makes its welcome return to Portsoy on the Aberdeenshire coast on Saturday 18 and Sunday 19 June.
Organisers are inviting retailers and traders, food and drink producers, craftspeople and entertainers to join the celebration. Applications are now open and with limited availability, the advice is to register interest early via the website stbfportsoy.org
Portsoy’s unique boat festival has been running since 1993 and has welcomed visitors from across Scotland and much further afield, including boat clubs in Germany, Norway and Sweden, cultural groups from the Baltic States and Shetland’s Jarl Squad Vikings. In 2019, it won best cultural event/festival at the Aberdeen City and Shire Tourism Awards.
Last year’s reformatted virtual festival was delivered as part of Scotland’s Year of Coasts and Waters and can still be viewed via the boat festival website.
Tickets for Skerryvore are available via the website at an early bird discount of £25 each. There is a limited supply of special offer tickets, and subsequently tickets will be priced £27.50-£30. This licensed event is for the 18s and over.
Festival tickets may also be booked now from the STBF website and include the option of a great value weekend pass, allowing entry on both days.
Find out more about the Scottish Traditional Boat Festival on social media at @STBFPortsoy #ahoyportsoy

Get exclusive info about the festival

We promise we will not spam you!

You can find out more about which cookies we are using or switch them off in settings.

This website uses cookies so that we can provide you with the best user experience possible. Cookie information is stored in your browser and performs functions such as recognising you when you return to our website and helping our team to understand which sections of the website you find most interesting and useful.

Strictly Necessary Cookie should be enabled at all times so that we can save your preferences for cookie settings.

If you disable this cookie, we will not be able to save your preferences. This means that every time you visit this website you will need to enable or disable cookies again.

This website uses Google Analytics to collect anonymous information such as the number of visitors to the site, and the most popular pages.

Please enable Strictly Necessary Cookies first so that we can save your preferences!